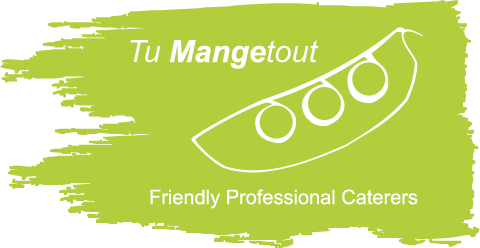 Welcome to my new website! I hope you find it easy to use. It will still be a work in progress and I will update the photo’s, testimonials and blog as often as possible so keep checking in.

One of the joys of travelling is seeing all the spices before they are dried or dried and ground and stuffed into glass jars or plastic bags for sale over here! There is nothing like trecking through a field in Indonesia and being blasted with a wonderful aroma and realise you are surrounded by lemongrass or a local pulling off a piece of bark from a tree and sticking it under your unsuspecting nose to tell you “cinnamon”, pulling off the road on a motor bike tour in Vietnam and being plunged into a forest of rubber trees to expose a field of peppercorn vines. Even walking through the villages of many countries the locals have their sacks or trays spread with cloves, amongst other things (that’s a whole other blogg!) drying in the sun. Every country holds their own surprises and delights but for me these experiences are some of my favorites! The first photo is of Turmeric from the same family as ginger. It can be used fresh or dried and ground as a powder. Turmeric is used in many Indian dishes for it’s vibrant colour and subtle flavour. This piece was pulled out of the ground in a village in India!
Second photo is Cardamom, a variety called Malabar which grows on bushes horizontally along the ground. This particular bush I found in Zanzibar.
The third photo is of cloves also found in Zanzibar. Cloves are grown on trees and usually spread on the ground to dry ready for use.
The fourth photo is vanilla pods spotted hanging from the trees in Suluwesi, Indonesia. Then first and second photos are of ginger found whilst horseriding through the jungles of El Salvador.
The third photo is nutmeg with it’s bright red mace covering in Zanzibar.
The fourth photo is lemongrass amongst beautiful rice fields in Sulawesi, Indonesia. The first two pictures are of pepper vines in the Mekong Delta of Vietnam. Vietnam is the largest producer of black pepper on the world.Peppercorns, and the powdered pepper derived from grinding them, may be described simply as pepper, or more precisely as black pepper (cooked and dried unripe fruit), green pepper (dried unripe fruit) and white pepper (dried ripe seeds).
The final photos,also in Vietnam are of the cashew, the only nut which grows outside of the fruit. I love trying salt from different places and this was great to see the salt mining in the Danakil Depression of Ethiopia. The salt has been being mined by the afar tribes by hand for centuries. It is the livlihood of the tribes and the camels transport it for three days in salt caravans to the markets. I don’t think it is exported at all as the Ethiopians tend to keep a lot of their good stuff for themselves! I..of course bought myself a big lump home!
At up to 100 metres below sea level the depression is officially the hotest and most inhospitable place on earth. Thankfully I was there in the “winter season” but to see how these people survive in the middle of nowhere in stick houses with miles to the nearest water source, constant wind, sand and heat is really something.

Sometimes just for fun i like to do my friends kids birthday cakes! This one was for little Sophia when she was 2 and a big Fifi and the flower tots fan! It was very time consuming with all the run-out flowers, butterflies and Fifi but i think the end result was worth it. Even though it was a bit rough around the edges i don’t think Sophia noticed!